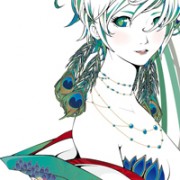 All the pictures and information contained on this website are protected by the copyright law.
It is expressly prohibited to use, copy and distribute them without permission.